An Opportunity to Help Others

David Wilder first became acquainted with Spirit in the Desert Retreat Center
when he met the late Richard Anderson, who at the time was its Executive
Director. Richard learned David was an insurance broker and asked him to
straighten out the center’s insurance program. David made helpful
recommendations and Richard knew he would be a valuable member on Spirit
in the Desert’s Board of Directors. He was appointed to the Board in late 2019.

After listening to Richard describe Spirit in the Desert’s financial challenges,
and attending his first two board meetings, David was aware of the need to
place a priority on raising money to support the center’s mission. He said, “My contribution as a Board Member can be to help find and bring in needed resources.”

For many years David has given back to the community by helping raise significant funds for the Boy’s and Girl’s Club of Metro Phoenix. He said, “I know how money is raised for good causes, and I am looking forward to helping this faith-based organization that is providing people with renewal and healing experiences.”

After serving in the United States Air Force as a C-130 pilot, David began his career in the insurance industry in 1974. He started in his father’s insurance agency in Phoenix and then began a career in full service independent insurance agencies. During this time, he held the positions of agent, partner, officer, and stockholder. He said, “When the company was sold in 2019, I looked
forward to retirement giving me the opportunity to be of help to those most in need. My involvement with Spirit in the Desert is a way to do that.”

David and his wife Pam, of 49 years, live in Scottsdale, Arizona. They enjoy spending time with their three adult children and seven grandchildren. 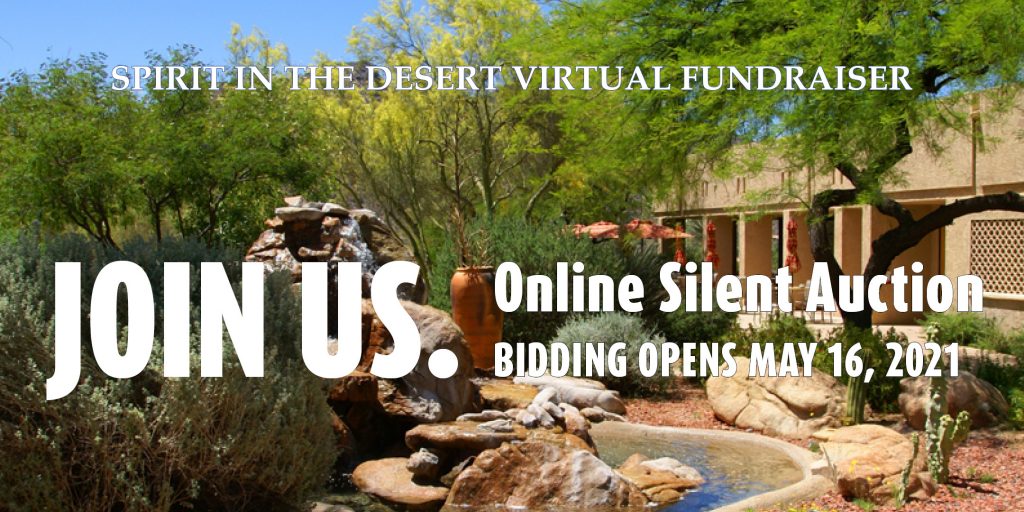 Don’t miss the premiere of Stories of Spirit, a new video featuring testimony by staff, guests and friends of the Spirit community. Thursday, May 20 @ 6:00pm PDT