Virtual Town Hall with Rev. Eugene Cho of Bread for the World

Engage Eugene Cho, CEO of the nonpartisan Christian advocacy organization, Bread for the World, addresses hunger & poverty in the Southwest.

Join Spirit in the Desert, Bread for the World and Lutheran Advocacy Ministry Arizona (LAMA) for a rare opportunity to engage one-on-one with Rev. Eugene Cho, president and CEO of the prominent non-partisan Christian advocacy organization, Bread for the World in a virtual town hall format. Rev. Cho will address Hunger and Poverty in the Southwest.

Following Rev. Cho’s 15-minute message, faith leaders in the U.S. Southwest will ask the first six questions, followed by questions from those gathered for the Zoom Town Hall. Topics open for questions include:

Participants are encouraged to submit their questions in advance in the space provided at Eventbrite checkout.

Participants of this special gathering will include members and friends of Bread for the World Southwest (Arizona, New Mexico, Oklahoma, Texas), Lutheran Advocacy Ministry Arizona (LAMA) and Spirit in the Desert Retreat Center in Carefree, Arizona. 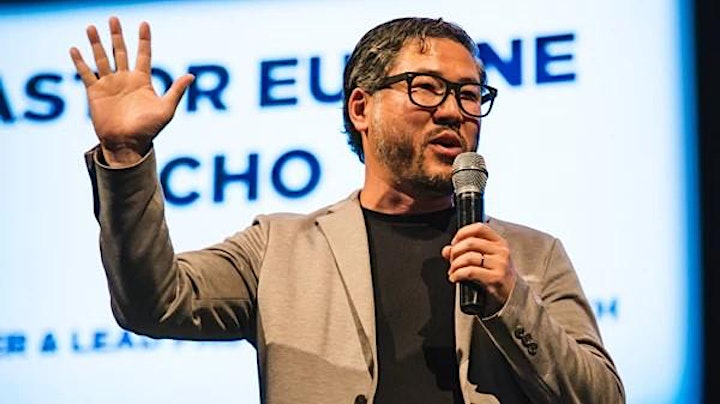 Rev. Eugene Cho‘s many passions involve leadership, justice, the whole Gospel, and the pursuit of God’s Kingdom here on this earth. He travels throughout the world to encourage churches, non-profits, pastors, leaders, missionaries, and justice workers — whether this happens in churches, arenas, conferences, universities, or as a guest in underground churches, villages, or refugee camps.

Eugene is the founder and former senior pastor of Quest Church — an urban, multi-cultural and multi-generational church in Seattle, Washington. After 18 years, Eugene stepped aside at Quest in 2018. He was also the founder and executive director of the Q Café, an innovative non-profit community café and music venue, which closed due to relocation in 2015.

Eugene is also the founder and visionary of One Day’s Wages (ODW) — a grassroots movement of people, stories, and actions to alleviate extreme global poverty. The vision of ODW is to create a collaborative movement that promotes awareness, invites simple giving (one day’s wages), and supports sustainable relief through partnerships, especially with small organizations in developing regions. Since its launch in October 2009, ODW has raised over $8 million for projects to empower those living in extreme global poverty. ODW has been featured in the New York Times, The Seattle Times, NPR, Christianity Today, and numerous other media outlets.

Eugene and Minhee have been married for 23 years and have three children. Together, they live in Seattle, Washington and will be making a move to the Washington, DC area in July 2021.

Bread for the World is a collective Christian voice urging our nation’s decision makers to end hunger at home and abroad.

By changing policies, programs, and conditions that allow hunger and poverty to persist, we provide help and opportunity at home and far beyond where we live.

We can end hunger in our time. But churches and charities can’t do it all. Our government must also do its part.

By making our voices heard in Congress, we make our nation’s laws fairer and more compassionate. We leverage big changes for people in our country and around the world who struggle with hunger.